There are several cols in cycling that push you physically and psychologically. They are in cycling folklore and have a legendary status. Alpe d’Huez is one, Mont Ventoux is another and in the southern region of the Dauphine Alps you’ll find Galibier, 2642 metres and a hors category climb. Every cyclist for generations has wanted to conquer Galibier not least because it is a Tour de France legend and one of the highest climbs in the French Alps.

You may have ridden Galibier if you have ever competed in Marmotte Granfondo Alps or as part of the “Route des Grandes Alpes” cycling from Geneva to Nice.

If you haven’t ridden it yet here is what you need to know. 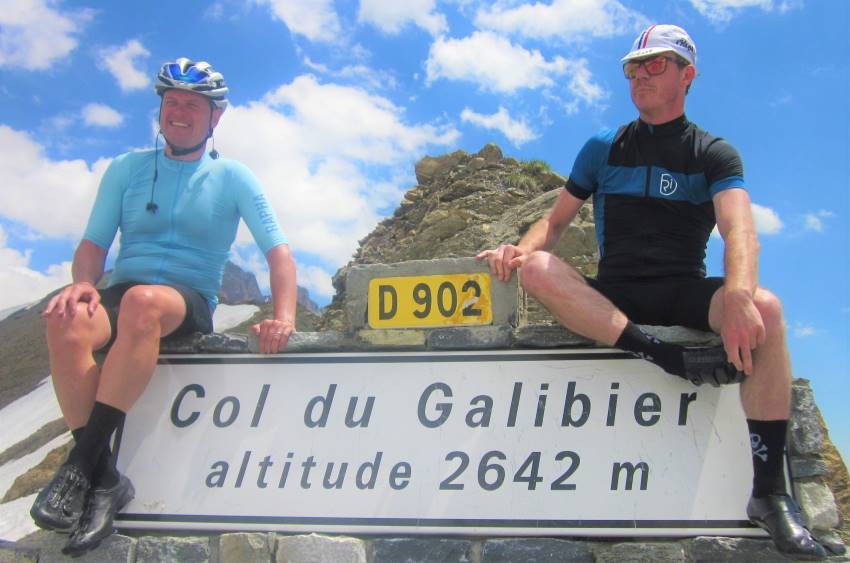 Once you reach the summit of Galibier you'll have panoramic views of the French Alps!

To conquer Galibier and regardless of whether you ride the north or south side you have to conquer another col first. From the south, you ride col du Lautaret (2058m) and from the north beginning in Saint-Michel-de-Maurienne you take on col du Télégraphe(1556m).

Here, we’ll look at the north side starting from Saint-Michel-de-Maurienne.

Col du Télégraphe is Galibier’s warm up act. That said the 12 km climb has challenging 9.8% gradients near the summit and an average gradient of 7.8%. The road zigzags its way up the mountain and once you reach the summit you can then coast the descent into Valloire, the town which marks the start of “le col mythique du Tour de France,” Galibier.

Valloire is quite a vibrant town with cafes and bars. Here, you can refill your water bottles and collect supplies for the main event, conquering Galibier. 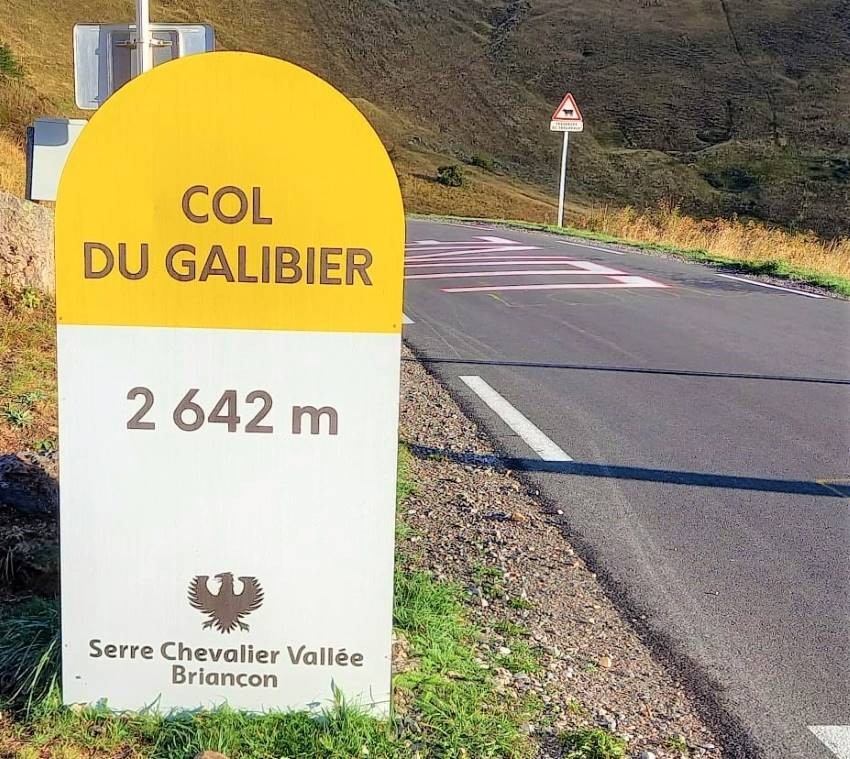 Once you see the Galibier marker you're riding a Tour de France Legend!

The first few kilometres of Galibier sounds and feels like it is alive. The fast flowing stream, the wind, and the lush green meadow that surrounds you seem to teem with life. As you ascend you’ll be greeted by sheep who have a sense of humour as some stand and some lay down so no deducing the weather from these guys.

Gradients here vary between 2-9% and the breathtaking views are spectacular. When you ride past the treeline with 8 kms to go is when ‘battleground’ Galibier begins.

At the 8 kms to go marker, you’ll notice the road turns sharply and the lush green meadow begins to fade and is replaced by the jagged, volcano-like rocks of mountain peaks. Although it feels like you’ve crossed a threshold there is still a beauty to this part of the climb and you’ll feel awe struck the higher you go. Many riders say they felt significant at the start of the climb and insignificant towards the summit of Galibier.

The road greets you with steep gradients and hairpin bends. At 3 kms Galibier turns up the intensity of its gradients and you’ll feel it in your legs, but you’re only 3 kms away from glory and an incredible sense of achievement.

The higher you go the better the views. And when you reach the summit you have an incredible sense of achievement and panoramic views of the French Alps. Time for a picture or ten. When you’re up there, if you can, take a while just to take it all in and savour the glorious feelings that are coursing through you. You’ve just conquered one of the great cycling cols and are over 2600 metres above sea level. Well done.

Galibier in the Tour de France

The col du la Galibier often features in the Tour de France and is heralded as its iconic climb. It was first used in the great race in 1911. Emile Georget reached the top first. He was one of only three men who didn’t get off the bike and walk it up the ascent. Paul Duboc and Gustave Garrigou were the other two.

Since 1947 Galibier has featured in Le Tour 36 times. In 2011 to mark the 100 year anniversary of its first appearance it was used twice in the same stage. It was the only time to date that the col has been used as a stage finish. The col is so famous it even made an appearance in the Giro d’Italia in 2013 although the route was shortened by 4 kms due to heavy snowfall.

When you ride col du Galibier you’ll find monuments to the Marco Pantini and to the Tour de France's first director Henri Desgrange.

It has also been the scene of some great cycling:

When you make the climb you’re riding in the tyre tracks of greatness. Savour this moment, live it and love it. 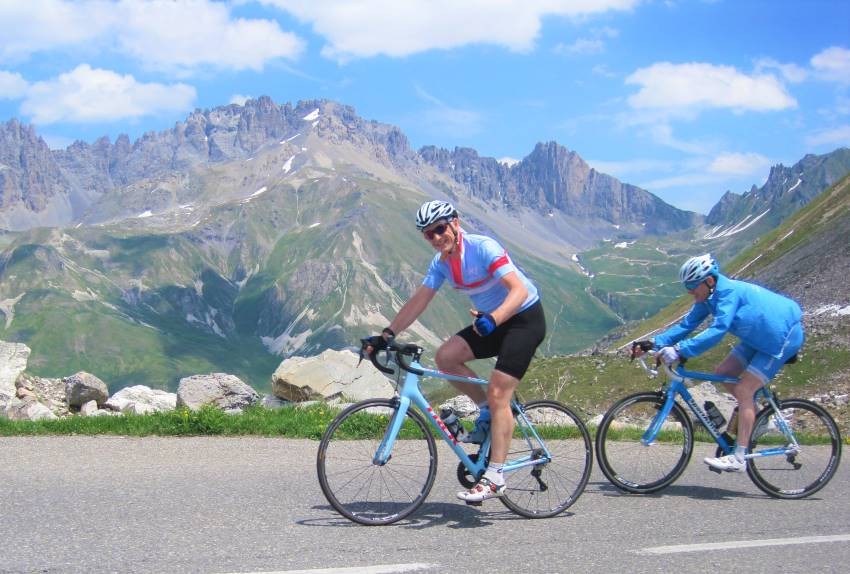 Your Opportunity to Ride Galibier

At SportActive we offer you two exciting and brilliant holidays to ride the mighty Galibier.

Keep cycling and ride Galibier as soon as you can.