To the Lighthouse – The Amazing Places, featured in Cyclist Magazine, Martin and Peter Stuart Visited in Mallorca

If you are a regular reader of Cyclist Magazine then you could not have failed to notice we were featured in The Big Ride section of the September issue.  Peter Stuart of Cyclist Magazine rode with Martin so he could get a flavour of Mallorca and what it offered to cyclists.  Martin plotted a 105 kms route that took in some great sights including the lighthouse at Cap Formentor. 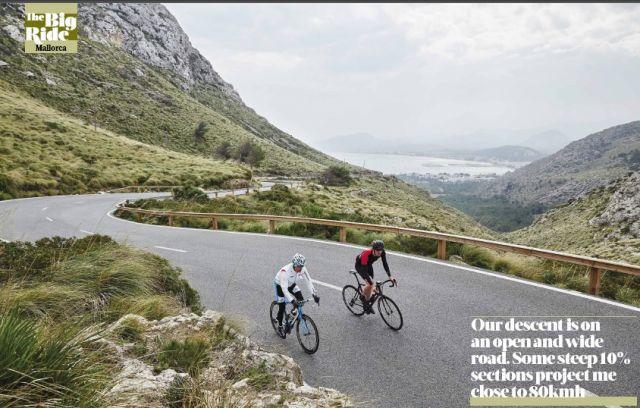 The cycling paradise of Mallorca

The route started at Port de Pollença.   From here on in the two riders rode a total distance of 105 kms, which featured an elevation of 1900 metres.  Mallorca has some amazing climbs most of which are part of the Tramuntana mountain range.

Col de sa Batalla was their first real climb of the ride.  It is 7.8 kms long and you climb 400 metres.  The summit is 570 metres above sea level and at this point you are riding in the Tramuntana mountain range.  If you are heading to the lighthouse, you may want to stop in Calmari for a coffee.  Martin and Peter had a coffee in Sa Ruta Verde where apparently the cake is worth a try.

On Strava, the Col de sa Batalla has an impressive leaderboard with 2014 World Champion Michael Kwiatkowski outside of the top ten.

Although Martin and Peter decided not to ride all the way to the monastery, they did take on many of the hairpins that lead to it.  The ride involves an average gradient of 6%, and refuelling at the coffee stop puts you in a perfect place to take it on.

Had they have headed for Santuari de Lluc they would have encountered a thrilling descent.   One of the reasons they decided against it was time, and also the not so thrilling ascent to get back to the route planned.

It may seem strange highlighting a petrol station as an amazing place to visit, but this is no ordinary petrol station. This one is solely for cyclists, and sells spare parts, high end carbon frames and wheels, as well as gels and flapjacks.  This is a good example of how Mallorca has adopted a cycling culture, turning its petrol stations into a haunt for cyclists! 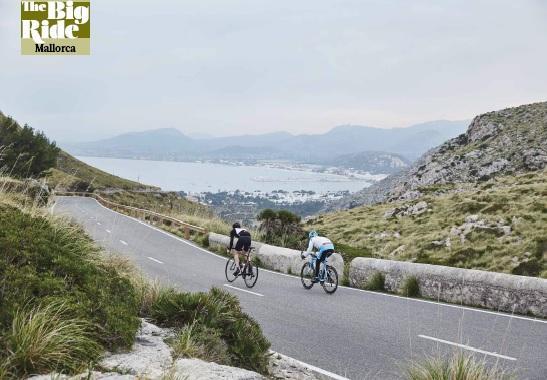 Cap Formentor marked the halfway point for Martin and Peter.  Cap Formentor is known locally as the meeting point of the winds.  It involves climbing  Coll de sa Creueta to reach the summit. This is a 3.3 km ride climbing 223 metres.  The gradients are around 8%.  As you ride you will be treated to amazing views of Port de Pollença. 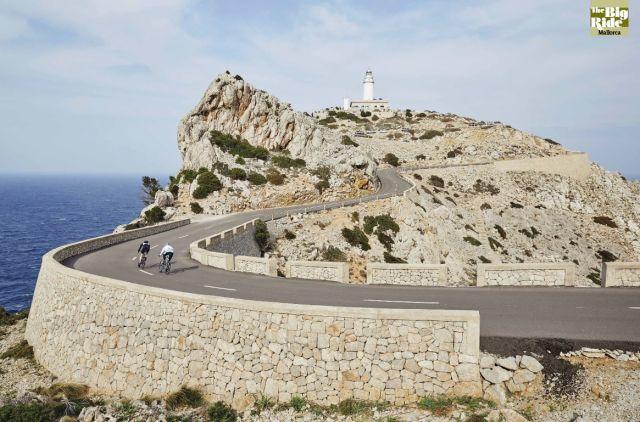 The Lighthouse at Cap Formentor - A favoured ride by many

Mallorca’s reputations as a cycling paradise is well deserved, and why not come and see it for yourself.  We operate cycling training camps in Mallorca between February and May, and again in October.  They are suitable for anyone who wishes to improve their cycling, whether you are a seasoned rider, or just starting out.  If you ride with us in October or April, you could be riding with the legend Sean Kelly.

It is not all training at SportActive, you could ride with us on a Mallorca cycling holiday, where our guided tours take you to some beautiful places within in easy reach of Alcudia.

Click here to view all our Mallorca cycling holidays and camps.

If you want to read Peter Stuart’s brilliant article you can do so by clicking here and subscribing to Cyclist Magazine.  Every issue is feature packed and we imagine many of you would like it.