Mallorca is blessed with things that bring cyclists back to it year after year. Roads are smooth, winding and enticing, the weather is perfect for riding your bike, and the Sierra de Tramuntana Mountain Range provides challenging climbs without the intensity of the Tour de France French Alps cols.

With this in mind, let’s take a look at cycling to the highest reachable point in Mallorca, Puig Major. It’s the second most popular Mallorca cycling route among the tens of thousands of cyclists that enjoy Mallorca cycling year on year, second only to the famous hairpins of Sa Calobra. 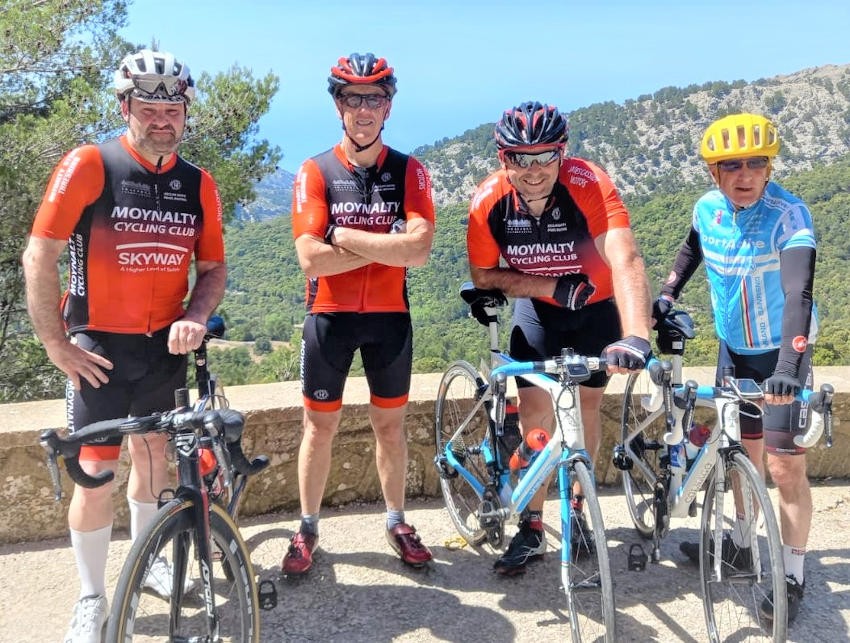 All smiles once you reach the summit of Puig Major, an Epic Ride

Whether you are riding Mallorca solo or as part of a Mallorca cycling holiday, the chances are you’ll want to ride Puig Major. There is a choice of three routes to get to the summit, although by far the most popular is taking the MA-10 from Soller.
The summit of Puig Major is 864 metres above sea level and is a Category 1 climb.

As with the best Mallorca climbs note that distances and gradients are not just for riding your chosen mountain. You have to reach it first and depending on your starting point may involve several kilometres of ride. You also have to factor in riding back to where you are staying as well.

As such, to ride Puig Major, you’ll need a decent level of fitness and bike skill although you don’t have to be semi-professional to enjoy the climb.

The village of Soller where the MA-11 and the MA-10 meet is where the Puig Major Mallorca cycle route starts. You take the latter road and begin the steady climb. This particular route has an average gradient of 6% so it is rideable even if you are not a natural climber. Although there is a 100 metre stretch where the gradient becomes 11%! The distance is almost 14 kms and this is by far the harder challenge.
The road snakes its way up to the summit which is marked by the Monnaber Tunnel (Tunel de Monnaber).

A few hundred metres into the climb you’ll notice a few restaurants. Use these if you need to refill your water bottles, get supplies, or grab a bite or coffee before you ascend.

At 1 kms you’ll hit the first hairpin and the road will narrow. Around you’ll be a dense pine tree forest tunnel. At various points, there are gaps in the foliage and you get glimpses of the beautiful and glorious Fornalutx valley. Parts of the road are carved into the rock which is an impressive feat of engineering.

Riding through the Monnaber Tunnel takes you down to beautiful lakes

When you hit the 6 kilometre mark the road becomes flat giving your legs a welcome break, and you get a chance to catch your breath. There is also a road that leads to a fantastic view over the village of Soller and the Mediterranean Sea. No matter how many times you see it, this view never gets old and it is one of those cycling moments that make riding demanding mountains worth it.

The latter half of the climb is harder than the beginning. The gradients get more intense and until you reach the Monnaber Tunnel the pine tree forest returns. The last 6.8 kilometres of this road were built by the American military. They needed the road to put in the radar station at the summit of the climb. The radar base is off limits to civilians which is why the tunnel is the official end of the climb.

The last 500 metres of Puig Major give you a magnificent view of the Tramuntana ridge that merges with the distant shoreline. Once at the tunnel, you’ll want to take a selfie and admire the blue mountain lakes below you. 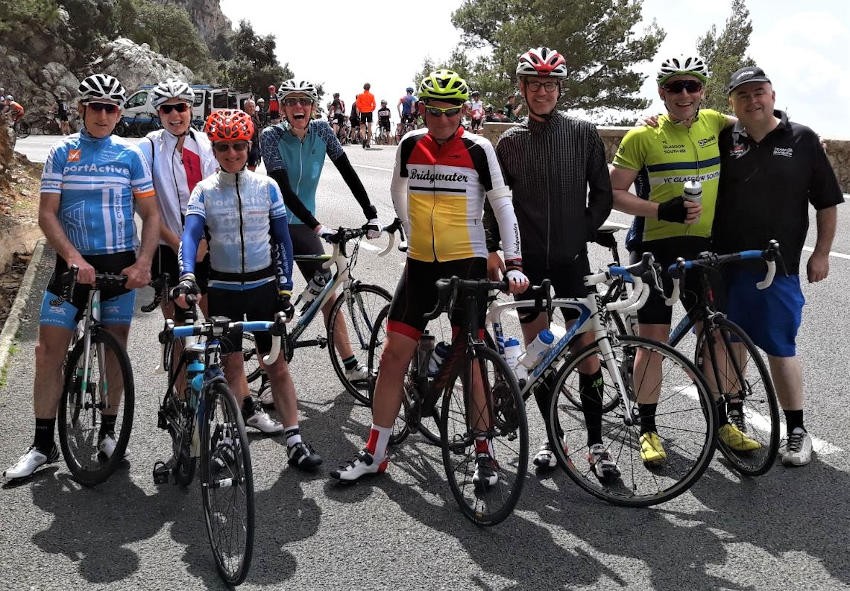 The Monnaber Tunnel marks the summit of Puig Major. When there, you might bump into cycling
Legend Sean Kelly, one of the greatest sprinters ever to have lived.

To ride Puig Major from Fornalutx Village you take the MA-2121 just outside Soller which runs through the village. From here, you’ll pick up the MA-10 and from here it is the same Mallorca cycling route as riding to Puig Major from Soller.

The village is quintessentially Spanish and has been labelled the “prettiest village in Spain.” It features period architecture and quite wonderful places to eat, so makes for a good refreshment stop before the climb.

Riding Puig Major as Part of a Mallorca Cycling Holiday

Although you can solo ride Puig Major the best way is to use a Mallorca cycling holiday tour operator. They will look after you, guide and ensure you won’t get lost and show you the best and safest Mallorca cycling routes, and if you are there to train, offer professional pro coaching advice.

Perhaps most importantly, they’ll ensure you have the best cycling experience, looking after you to the point where all you have to do is ride your bike.