7 Facts About Cap de Formentor You May Not Know!

Head to Mallorca’s most northern point and eventually, you’ll reach the famous Cap Formentor. Here you’ll be greeted with spectacular views and, if you’ve ridden to reach it, a great sense of achievement and selfie opportunity.

The cycling routes to reach Cap de Formentor are fantastic and offer challenges and views. It is truly an experience to reach the lighthouse that sits where Mallorca’s north and east coast meet.

So let’s explore Cap Formentor and discover some facts you may not know. The locals call Cap Formentor the ‘Meeting points of the winds’. Given its exposure to the Mediterranean Sea, winds coming off the Iberian Peninsula, the Alps, the Atlantic Ocean and North Africa, it is an affectionate and apt name.

Although the wind can whip up, often you’ll be greeted with sunshine when you get there.

The Lighthouse is Still in Use

The iconic Cap de Formentor lighthouse, the 'Faro de Formentor' is still in use today. It was designed by Emili Pou and began service in 1863. Over the years it has been modernised and today it is operated remotely using a solarised system.

The lighthouse sits at the top of a 200 metre, winding road climb. Faro Formentor, has the highest focal plane above seal level of all the Balaeric Islands.

You’re not allowed to enter the lighthouse, but you can walk around it. 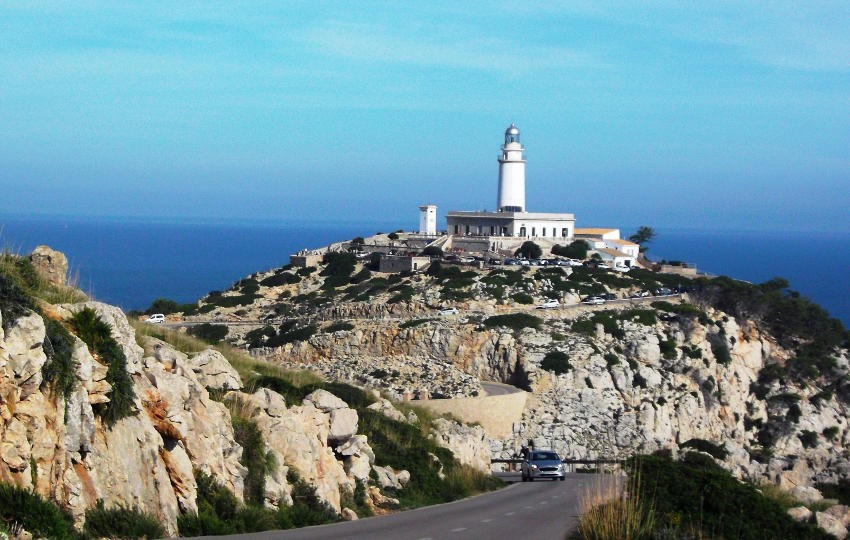 As Cap Formentor is home to several bird species, it is not uncommon to see people practising their ornithologist pursuits.
Shearwaters, audouin’s gulls, yellow-legged gulls, and Eleonora’s Falcons are the main draw.

Due to its importance, public holidays and holy days were worked. This prompted the bishop of the time to construct an altar so that workers could attend mass before continuing on with the lighthouse construction.

Around 200 workers were involved throughout the six years it took to build the lighthouse.

Cap Formentor features a 3.5 kms climb with an average gradient of 4%. When you reach the lighthouse you’ll be 200m above sea level.

There are several routes you can take to reach Cap Formentor. Many opt to reach it via Alcudia as it takes in a beautiful stretch of coastline. When you reach the climb itself, you’ll see dramatic jagged rocks rising out from the land, together with pine tree forests.

It is this, together with the working lighthouse and the sheer beauty of the views that make Cap Formentor that little bit special.

You can see the fastest cyclist to reach Cap Formentor on Strava by following the link.

Strava is a good way to plot routes to Cap Formentor and an even better one is to use a Mallorca cycling training camp or holiday to reach it. Here, you’ll get a ride leader and sound coaching advice.

Given its remote beautiful location, artists and poets have been influenced by the 'Meeting points of the winds'. The most famous is arguably Miquel Costa I Llobera whose poem El Pi de Formentor (The Pine of Formentor) captures the beauty quite exquisitely.

Miquel Costa I Llobera is considered to be one of the best poets in the Catalan language. 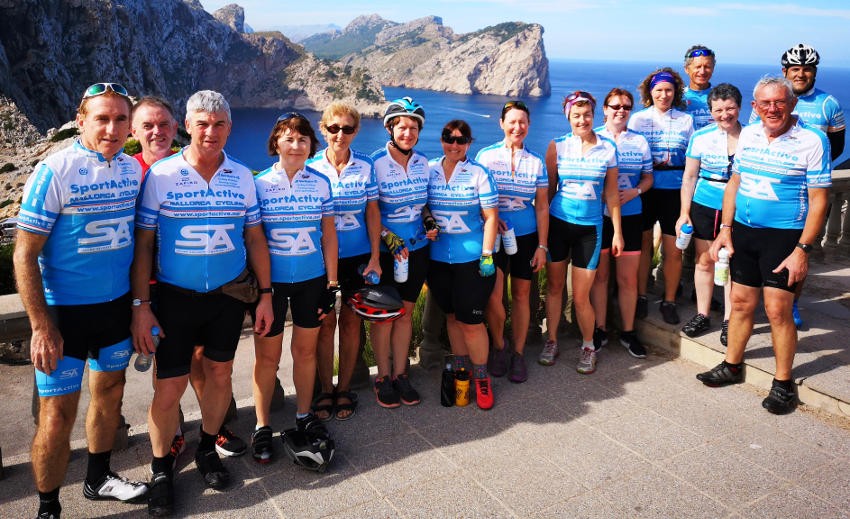 Cap Formentor is so cool you may find a cycling legend or two!

The Road to Cap Formentor is an Engineering Achievement

The Port de Pollença to Cap Formentor road we cyclists love was constructed in the 1930’s by Spanish engineer Antonio Parietti. He is also the genius behind the Sa Calobra road. Both roads were constructed to facilitate tourism as it made two places that were not that easy to reach accessible.

For both roads, he took an approach that if a slope was too steep he made the road curve around it. If he had to, he would remove the cliff face, moving the rubble to where it could be reused.

Cap Formentor is just one amazing route out of many in Mallorca. Why not join us and discover this wondrous place?

Categories Must Rides - Discover some of the best cycling routes in the world! | Cycling Blog Tags Mallorca | Cap Formentor