Tom Simpson will forever be known as the British rider who died on a tragic day riding Mont Ventoux, ‘The Beast of Provence’. On a hot day in 1967, he would collapse an estimated 5 minutes from the summit of the great mountain, competing in the Tour de France. On another day, he would have reached the summit and recovered on the descent.

Sadly, that wasn't to be. 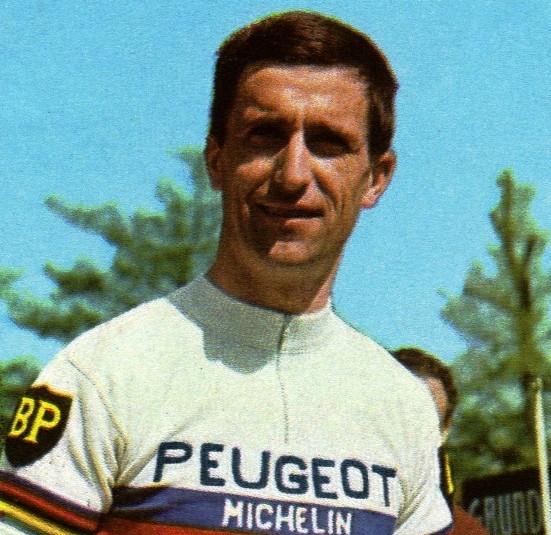 Tom Simpson, a rider whose achievements seem to be forgotten

Tom Simpson isn’t just a man who gave everything for his sport, but he was actively trying to put British cycling on the map, which at the time, barely got a mention in the British press. He was competing with big names of the time including Eddy Merckx, Felice Gimondi and Jacques Anquetil and he had won classic races such as Paris – Nice. He dreamed of winning the Tour de France and winning it for Britain.

Tom Simpson is more than a tragic death on a great mountain. He was a crusader for the sport of cycling.

British Cycling in the 1960s

1960s Britain was not a place for road cycling. England’s World Cup win saw football, the nation’s most popular sport become even more popular. As such, the press would report every ball that was kicked anywhere in the country but gave no column inches to cycling. Despite plenty of cycling clubs operating up and down the country, the simple fact was that the sport in Britain was poorly funded, supported, or publicised.

Tom Simpson’s story begins in Yorkshire, England. He was a gifted road cyclist and shifted to track cycling doing particularly well in pursuit races. In 1956 he became an Olympic bronze medallist and won silver at the 1958 British Empire and Commonwealth Games.

Soon realising that he had a gift for spinning the legs and realising that he simply couldn’t pursue the sport he loved in his home country, Simpson would relocate to northern France with nothing more than a few quid in his back pocket, his bike, and a French dictionary.

By the time he was 21 Simpson was signed to the French professional team Saint-Raphael-R. Geminiani-Dunlop. He soon advanced to the first team, Rapha-Gitane-Dunlop and in 1961 won the Tour of Flanders. This achievement did not go unrecognised and riding for Gitane-Leroux-Dunlop-R. Geminiani finished sixth overall in the Tour de France in 1962. For a spell in the tournament, Simpson wore the yellow jersey. The first British rider ever to do so.

Simpson’s success started to build momentum. In 1963, after a move to Peugeot-BP-Englebert. He won the Bordeaux-Paris race and in 1964 the Milan San-Remo. In 1965, Simpson would win UCI Road World Championships and the Giro di Lombardia.

Simpson must have felt overwhelmed when he picked up the BBC Sports Personality of the Year award in his home country. His crusading for the sport must have seemed to Simpson to be paying off.
Injury hampered much of Simpson’s 1966 season and in 1967, he won two stages in the Vuelta a Espana. The Tour de France of the same year was when disaster struck. Stage 13 on Mont Ventoux would be the last he would ever ride.

Simpson was not just a brilliant rider but a crusader for the sport. Arguably, his achievements have gone completely unrecognised outside of his adoptive country of Belgium. Even in Britain, he is known as the man who died on Mont Ventoux. 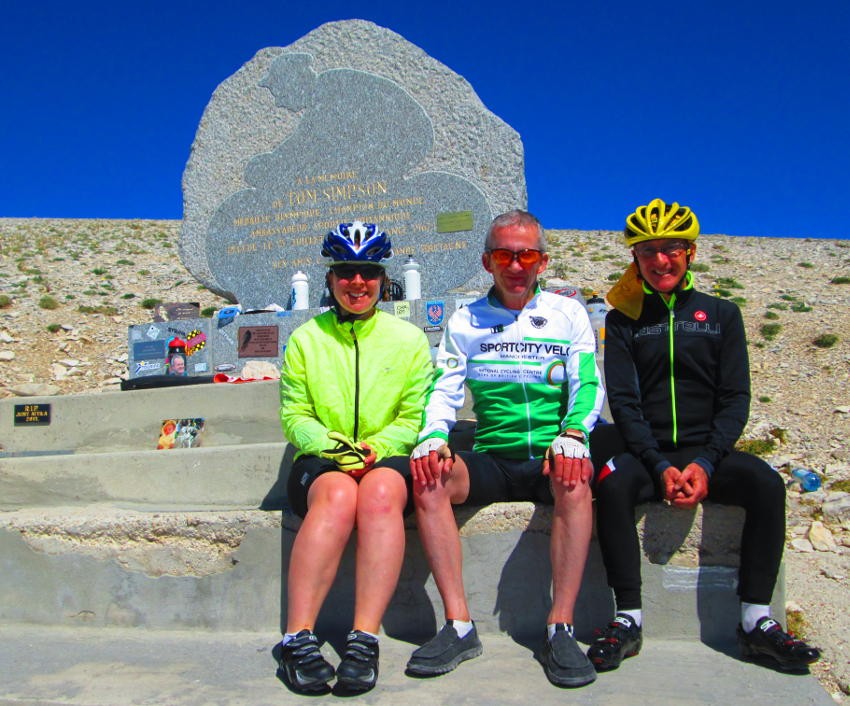 One can only think it is the circumstances of his death that have led to his achievements being forgotten.

Mont Ventoux is the mountain the pros respect. It is legendary in cycling circles and is an epic climb that according to the Legend Sean Kelly should be on your 'bucket list'. Riding it with SportActive gives you full support on the Ventoux climbs and you'll get a chacne to pay homage to Tom Simpson where his death is marked by a monument. Riding Mont Ventoux gives you one of the most remarkable cycling experiences of your life.