The Cols you have to Ride Before you Die!

Test your Limits on Mont Ventoux.

Ride the Highest Point of the Tour de France.

To be a rider of some note there are several cols you have to ride before you stop riding for good. This post discusses some of the most challenging rides any rider can face. These cols are all based in Europe, and are cols that even the pro riders respect. Read on to discover the cols you have to conquer before you die.

This mountain is incredibly difficult, largely because of the permanent steep gradients (8-9% on average) ; no haipins with switchbacks to allow a moment of relieve on the climb. Mont Ventoux is the mountain that even professional riders fear. Once you move into the rocky terrain the elements can make the ride cruel. Riders report that it is a long time before the observatory at the summit seems any closer. Mont Ventoux will test your limits. 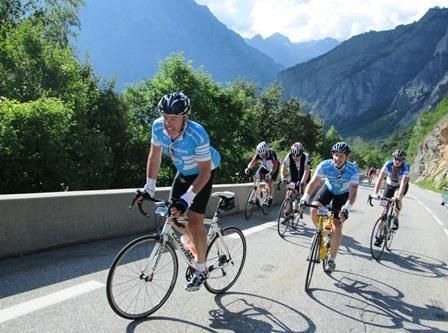 Lance Armstrong once made the 13 KM climb consisting of 21 hairpin bends in under 40 minutes. This mountain is often ridden during the Tour de France. In fact it was featured in this year’s Tour de France. This mountain takes a massive effort to climb, and if you reach the top you can register your time with the tourist office.

Col du Galibier is often the highest point of the Tour de France and is 2645 metres above sea level. The mountain is known in cycling circles as being a challenge. In 1911 when the mountain was first used in the famous bike race, only two riders actually cycled all the way to the top. The rest gave up and walked to the summit. From a scenic point of view, Galibier is one of the most spectacular passes to ride in the Alps. 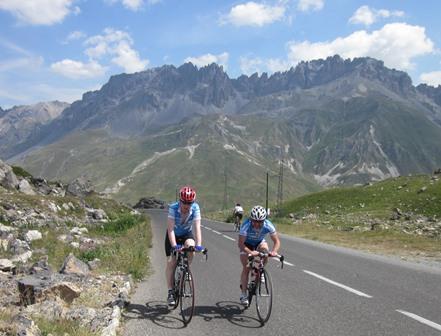 Coming close to the summit of col du Galibier 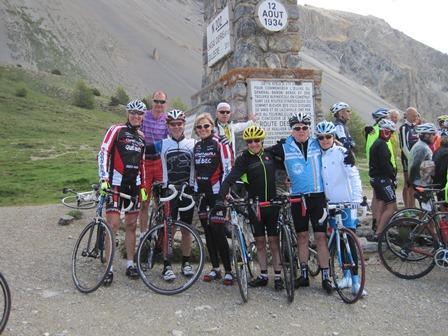 Col de I’Izoard has gradients of 5.4 - 9,4% and is 20 KM of challenging bike climb. When you reach the top you will be over 1100m higher than when you started. On this climb you may run into the phantoms of Tour de France winners of the fifties; the II Campionissimo (Champion of champions) Fausto COPPI and the French Louison BOBET. You will also get your picture taken in front of their headstones situated in a totally mineral area of red stones, called “La Case Déserte”, where this memorable duel built the Tour de France legend. We incorporate both Izoard and Col du Galibier in our Geneva to Nice cycling tour. 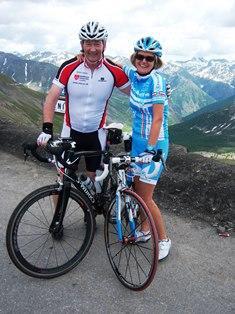 Col de La Bonette achieved - June 2014This mountain is 2802m high. The average gradient is 6.6% and in some places the mountain will test you with a mean 9%. In total, the ride is just over 24km, and from start to finish you will have climbed 1589m. Again our Geneva to Nice bike ride incorporates this into the tour, in case the other mountains are a bit easy.

I want to Ride these Mountains. What Next?

Check out our French tours. We offer full support for many of the rides, looking after you Tour de France style with support cars, water, and spare parts. The accommodation is looked after so all you have to do is ride the mountains...