The Changing Landscape of Ventoux

Mont Ventoux is well known for its eyrie barren summit where grey rock is all that surrounds you. This can be quite daunting as you pedal on to the summit. We have written about that extensively in our Mont Ventoux blogs which you can see here.

The views and your surroundings vary considerably on Mont Ventoux. The barren landscape that can be so haunting does not kick on until you reach the final 6 kms. In this post, we look at the other surroundings which you will experience as you climb ‘The Beast of Provence’. 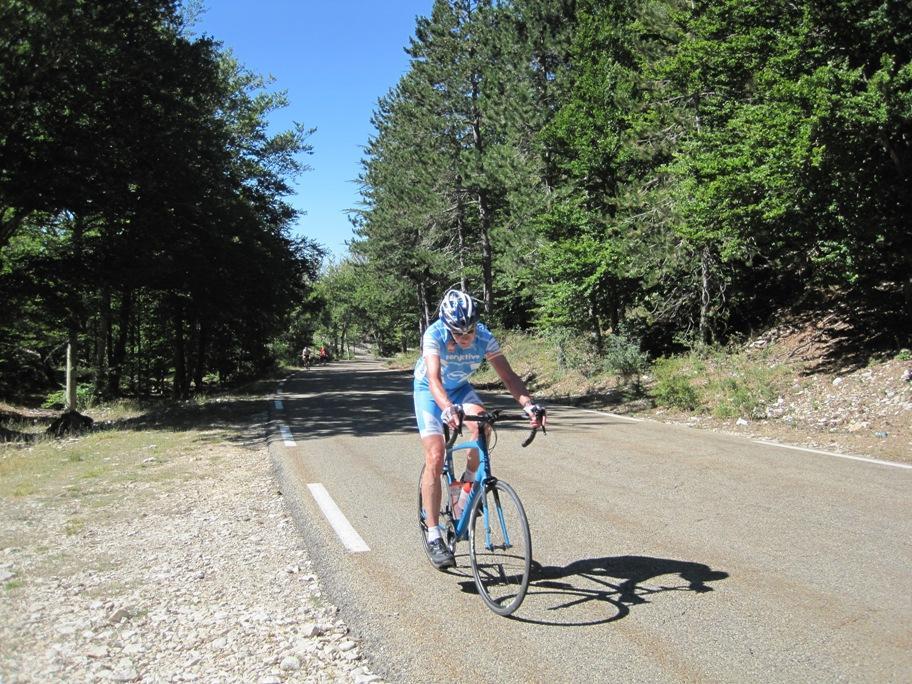 Originally, much of Ventoux was covered in trees. From the 12th century much of the woodland was cut down, the timber used in the construction of ships. This deforested much of the mountain’s natural woodland.

In 1990 UNESCO created a Réserve de Biosphère du Mont Ventoux. This protected woodland together with other fauna on the mountain. Juniper and beech trees are common to Ventoux but other species are present as well.

One of the reasons UNESCO made Ventoux a réserve de biosphere was to preserve the rare fauna and insects that live there. Ventoux’s location is unique as it is located in-between the Alpine massif to the north and the Mediterranean massifs to the south. It has naturally occurring microclimates. These microclimates make for challenging bike rides but also allow rare fauna species to thrive.

The Biosphere Reserve is home to 1400 species of fauna. Some of the plants that grow here cannot grow anywhere else in France. This diverse array of plant life has led to Ventoux being home to over 120 species of butterflies and over 120 species of nesting birds such as the Golden Eagle, Peregrine Hawk, Sardinian Warbler, and Boreal or Tengmalm's Owl.

People live and work on Ventoux mostly in agriculture. The slopes protect grapes from fierce winds and harsher weather, and as such vineyards can be found throughout Provence. There are some at the foot of the great mountain.

As you ride your way up Ventoux you will see people who live a mountain life. You will get an eye-opening snapshot of life on the mountain and get a feel for what life must be like to live there. Together with local people, you will see other cyclists taking on the challenge. Around 600,000 cyclists ascend the ‘Giant of Provence’ every year.

To discover more about riding Ventoux click here. You will see why the pros respect it and why it is sometimes kind and sometimes cruel.