24 Facts About Alpe d’Huez You May Not Know

Alpe d’Huez is one of the most famous cycling cols. Used in professional tournaments and amateur events, it is one of the sport's big boys. Once you’ve ridden the 21 hairpin bends, you have bragging rights and that wonderful sense of achievement that only riding one of cycling’s great cols gives you.

Almost certainly, you have heard of Alpe d’Huez, but the chances are you don’t have all the insights into the great mountain. Until now. 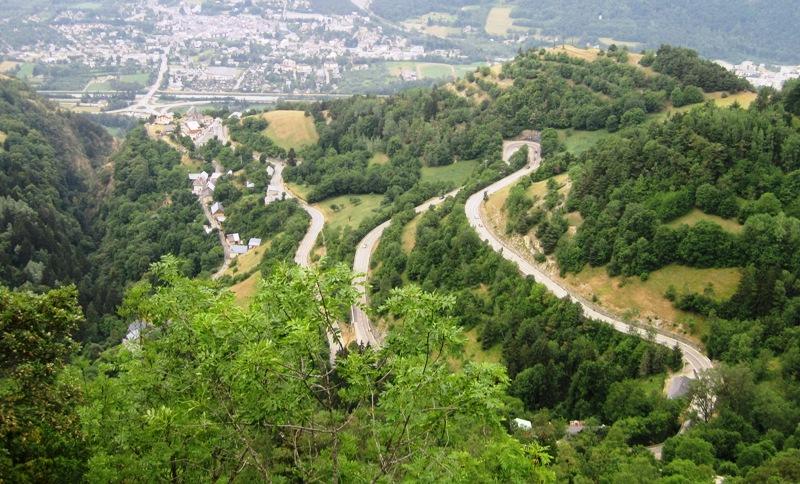 2 - Each bend of the col is numbered. The first bend on the ascent, however, does not start at 1, but 21. So when you reach bend 1, you are within touching distance of the summit.

3 - The bends are grouped accordingly:

4 - Alpe d'Huez has the most difficult start to a climb in France.

6 - The start of Alpe d’Huez is marked by a tombstone stating “Depart, KM 0”. From this point it is game on. The ride begins in Le Bourg d'Oisans in the Romanche valley.

9 - Bends 5-0 are a tad deceptive. The gradients on some of the bends reach 11%, and it is only on the final 3kms that gradients become easier at 5-6%. Alpe d’Huez is not going to make it easy for you!

10 - There are two ways to ride Alpe d’Huez. The Tour de France finish follows the route of the great tournament. The ‘Tourist Finnish’ starts at Avenue du Rif Nel near the ski slope car park.

"Alpe d' Huez has the most difficult start to any climb in France. The gradient as you take the left turn to start the 21 switchbacks of the Alpe d'Huez is ramped at 11% .

EVERYONE GETS EXCITED AND ATTACKS. THIS IS EXACTLEY WHAT YOU SHOULD NOT DO.

Select the lowest gear you have and relax. Ignore everyone around you. Listen to you breathing, keep your heart rate in check, and pedal smooth and easy. The effort required from base at turn 21 to turn 16 is huge. Once at turn 16 the most difficult section is past then you experience relief as the gradient relaxes to around 7%. Treat the rest of the col with respect do not race anyone. Remember IT'S ALL ABOUT YOU!

Approaching Alpe d' Huez in this manner, will give you the best chance of having an exciting, challenging and rewarding climbing experience of one of the most famous cols in the world."

12 - Alpe d’Huez has featured in the Tour de France 31 times. In 1979, Alpe d’Huez was used twice in consecutive stages of the great event.

14 - Alpe d’Huez first appeared in the Tour de France in 1952. This was the first time motorcycle TV crews were used to film the event live.

15 - Fausto Coppi was the first rider to win the Alpe d'Huez stage of the Tour de France in 1952. This was Le Tour’s first ever summit finish.

17 - Alpe d’Huez has seen many a cycling battle. In the minds of many cycling fans, these battles have made cycling history.
Battles include:

18 - As well as pro tournaments like the Tour de France and Critérium du Dauphiné, the col is used in the amateur sportive, Marmotte Granfondo Alps. The finish line is at the summit! This event is considered the toughest amateur sportive in Europe, possibly the world. 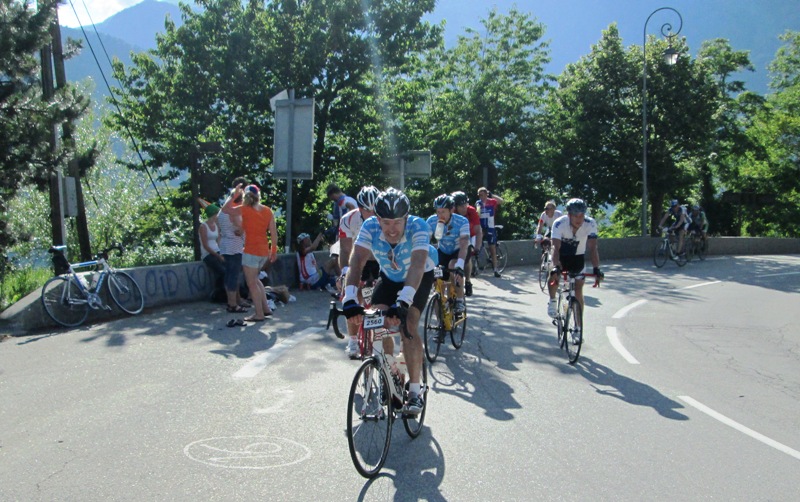 Alpe d'Huez is the last col to be ridden in the Marmotte Granfondo Alps sportive.

19 - Each hairpin bend of Alpe d’Huez is named after previous Tour de France, Alpe d’Huez stage winners. In 2001, there were more winners than bends. So the 22nd winner, Lance Armstrong, was added to Fausto Coppi’s name at bend 21.

20 - The mountain is famed for its mad spectators in the Tour de France. In 1999 Giuseppe Guerini won the stage despite being knocked off his bike by the crowd.

21 - Alpe d’Huez has been nicknamed the ‘Dutch Mountain’ after 8 of the first fourteen Tour de France, Alpe d'Huez stage winners were from the Netherlands. Bend 7 is known as the ‘Dutch Corner’ as Dutch fans tend to flock to it to watch the race.

22 - People have been living on the mountain since the Middle Ages.

23 - As well as cycling, the mountain is used for winter sports and triathlons. In 1968 it was used in the Winter Olympics.

24 - The ski resort on Alpe d'Huez was built in 1936. It is one of the first ski resorts ever built in France.

Alpe d’Huez is one of the great cycling cols. Like Mont Ventoux, it is a col you have to ride at least once to get the full 21 hairpin bend experience.